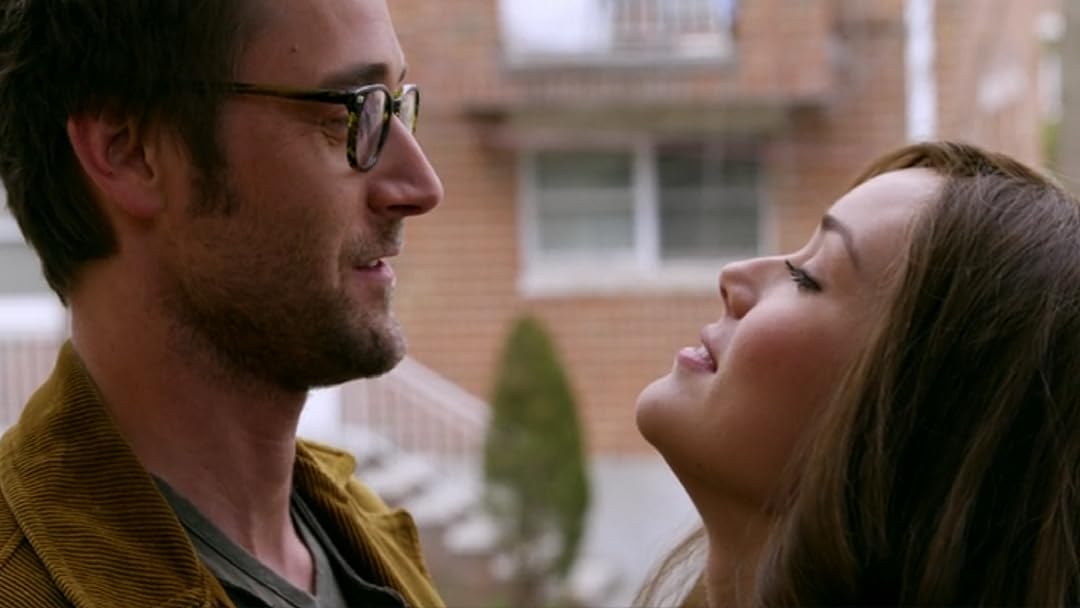 (3,237)
8.02014X-Ray
The world's most-wanted criminal mysteriously turns himself in and offers to give up everyone he has ever worked with. His only condition is he will only work with a newly-minted FBI agent with whom he seemingly has no connection.

Sou'WesterReviewed in the United Kingdom on 31 May 2018
2.0 out of 5 stars
MIND-NUMBING DRIVEL
Verified purchase
I don't mind suspending disbelief but there is a limit! This is arguably one of the daftest TV series ever made, based on a totally ludicrous story idea which is stretched to breaking point in a series which gets worse and worse as it progresses. The lead character is as irritating and smug as he is implausible, and the rest of the cast have to try and breath life into two-dimensional characters who behave like complete idiots to inject badly done action scenes into every episode. Truly dreadful and it's hard to believe such a load of old tosh was actually stretched into further series. One to avoid!
23 people found this helpful

johnavonReviewed in the United Kingdom on 05 March 2019
5.0 out of 5 stars
Brilliant TV series
Verified purchase
I started watching this, just expecting another standard detective story to fill the time while I was eating supper.

I was amazed. The writing in this series is brilliant. It is quite a complex plot with well-managed and meaningful twists and turns. The acting by the lead actor works amazingly well. I was totally engrossed.

I must warn you, there is some violence in this series. This would normally be a total turnoff for me, but I was prepared to accept it in this case as it was necessary for the plot.

Thoroughly enjoyed the series and I have ordered the 2nd series.

RichReviewed in the United Kingdom on 05 July 2022
5.0 out of 5 stars
Outstanding Crime Thriller
Verified purchase
The Black List The Complete First Season DVD + Digital Ultraviolet version, Certificate 15. English, German languages; SUBTITLES English, German, Dutch, Hindi, Turkish. Aspect ratio 1.78:1. Sold at a great price & delivered by Amazon UK; new, shrink-wrapped, undamaged. Running since 2013, with Season 10 in production - despite a ratings plunge for season 9, due to an ill-judged move from its previous broadcast day. This is a hugely popular, well crafted high quality series; with interesting to intriguing stories and story arcs, fine scripts, including appropriate, and inappropriate, dry humour from super smart and immaculately dressed international criminal turned FBI informant, Raymond Redington (portrayed by James Spader, a pleasure to watch and listen to) - for example: whilst isolated, and tending to a badly wounded FBI agent colleague, Redington starts to remove his tie, and firmly states "I will not have it said about me, that I hold this tie above saving a human life!", then applying it as a turniquete! Good action choreography; violence can be strong, and bloody at times, as Redington is ruthless about protecting himself, his unknowing daughter, business network, his people, settling old scores - using regular, and unusual, means. The series also has a fine selection of songs, which reminded me of the use of quality music in the Miami Vice TV series, and the first season of Hunter, with Fred Dryer, - intact in the Region 2 German & English languages DVD release(See my review) but removed from Region 1 releases. The songs, and singers/groups, the majority of which I have never heard, or heard of, are appropriate and complement the series; but the ones I knew, so far, include "The Man Comes"(Redington), by Johnny Cash; a version of "Jolene"; and "Radar Love", by Golden Earring - which had attracted my attention, during season 5/6, as the Mrs liked the series long before me (watching late night marathons, while I slept) and I became hooked, during season 6, when it was given a successful, 3 episodes, run on weekday mornings, resulting in it going back to episode 1 - with chunky advertising slots, which I am pleased about, as it indicates it's continuing success. Quality guest stars, in this season 1, include Alan Alda, and Tom Noonan - as The Stewmaker! Highly recommended.

dick hardenReviewed in the United Kingdom on 14 January 2016
4.0 out of 5 stars
Won't change your life, but it's fun
Verified purchase
I still remember how much I hated James Spader's smug character in "Pretty in Pink" back in the 80's. I remember that smug, sarcastic tone of voice, that deadpan delivery, that smart a**ey way about him. No actor radiates such bemused contempt for others quite like Spader.

Shoot forward 3 decades, he hasn't changed much at all, just minus most of his hair, and a few wrinkles.

Anyway, I'm nearly through with series one now. I will be buying series two, just not wanting to pay £14 for it... This series is really good. What I like about it is that it's easy to watch. Particularly after I got through series one of The Wire, which requires your full attention, and even then, you feel as though you need to watch each episode a second time. This one, you can watch with one eye shut. It's effortless. Sometimes, its a bit silly. Sometimes, it's far too easy. But what really makes this is James Spader in the lead role.

Megan Boone does a decent job in her role as Liz Keen, although again a bit of a stretch that she leads every hunt tipped off by Reddington (Spader), but hey, this is Hollywood. There's also decent chemistry between her and Spader, so this works.
Also good performances by the young blonde agent (what's his name), and of course delightful "cameos" by actors such as the likable monster psycho from Prison Break (Teabag), and a few others, including one episode featuring the head detective from The Wire (as a bad guy in this one). My, they do intermix, don't they.

Reddington is basically going through his blacklist - tipping off the FBI as an informant - we're not sure why yet - with Keen leading the investigations, with his help of course. One killer after another, they go after, catch, then onto the next one. Interwoven with this is Keen's relationship with her husband - Reddington tells her that her husband isn't who she thinks hs is. Initially, she doesn't believe this. But in time she comes to see that Reddington isn't lying to her. The big question is, what is Reddington to her? He's very fatherly, but is he her dad? Remains to be seen.

In many scenes, some of the dialog is highly reminiscent of Silence of the Lambs - almost modelling Spader's "charming" character on Hannibal Lecter. Some of it bordering on light plagiarism (changing "fava beans and chianti" to some other food and drink, for example). But again, who cares. This is a fun ride.

If you want light entertainment, if you want a series where you won't struggle to pay attention, or where you're not drifting off from boredom, then get this. Definitely worth a whirl. There's some bits that are even funny.
12 people found this helpful

Paul ChandlerReviewed in the United Kingdom on 19 December 2021
2.0 out of 5 stars
Disappointing
Verified purchase
I was hoping for something more like Homeland but I found the pilot episode noisy and trashy and implausible. Sorry, gave up before the end.
3 people found this helpful

ellesworth99Reviewed in the United Kingdom on 21 December 2020
3.0 out of 5 stars
Ludicrous Plot!
Verified purchase
I was warned that the first couple of episode were daft, and you had to get past that, but it has not got any better. It's all good fun, and there are some good plot twists, but the storyline is so ridiculous that I'm giving up on about episode 8. There are better things to watch...
3 people found this helpful

Mark PackReviewed in the United Kingdom on 22 November 2015
4.0 out of 5 stars
Good fun as long as you don't expect too much of it
Verified purchase
It'd be easy to itemise a long list of faults with the show, but that would be to miss the point. Rather like mashed potato, it's fun, comfort viewing when you want a bit of enjoyment rather than serious, top end quality. So don't worry too much about the plot holes, annoying character quirks and variable special effects.

Rather just sit back and enjoy the exuberant silliness, from the start where the FBI fill the streets and skies to pick up agent late for work (lucky she hadn't left home a few minutes earlier, hey?) through to the ending which cleverly links back to an earlier episode where a photo suddenly assumes a changed and bigger significance as you see it in two different people's hands.

James Spader's acting is a bit marmite. Many people love it, but it is based on a fairly small number of quizzical facial expressions which get heavily used, and he is required to be annoyingly cryptic, never really giving a straight answer to a question.

Good fun as long as you don't expect too much of it.
2 people found this helpful

Charles PhillipsReviewed in the United Kingdom on 13 May 2021
3.0 out of 5 stars
Ok - but a bit 'A' team ish
Verified purchase
This was recommended to me by my brother and it is ok but so far it is all a bit obvious. The main girl is unbelievable as a character and unrelatable. Each episode is the same - baddie tells FBI about a baddie, FBI doesn't believe him, then they do (although he has given himself up and he been right all the time), there is a knife-edge moment that is fixed in a ludicrous way and then they win. Good to have on in the background and wonder if it will pick up a bit of jeopardy later in as the series gains confidence.
One person found this helpful
See all reviews
Back to top
Get to Know Us
Make Money with Us
Amazon Payment Methods
Let Us Help You
© 1996-2022, Amazon.com, Inc. or its affiliates