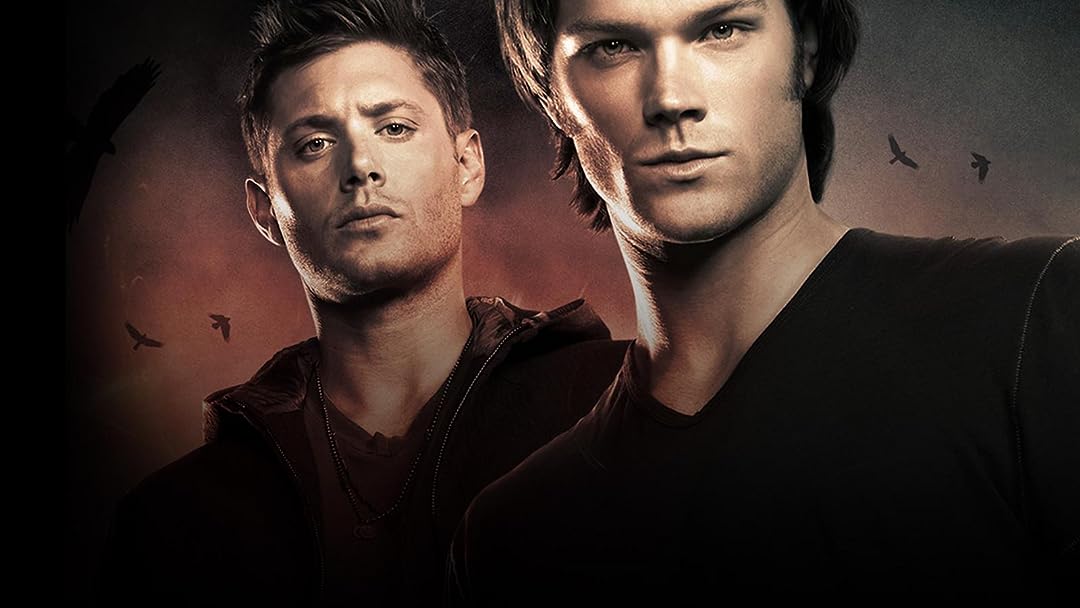 (3,170)
8.42007X-Ray
The complete second season of the popular sci-fi series. Sam Winchester (Jared Padalecki) is a college student bound for law school, determined to escape his family's past - unlike his older brother, Dean (Jenson Ackles). Ever since they were little their father (Jeffrey Dean Morgan) has been consumed with an obsession to find the evil forces that murdered his beloved wife, and recruited his tw...

Emma, Mark and Vida Reviewed in the United Kingdom on 13 July 2015
5.0 out of 5 stars
Just keeps getting better...
Verified purchase
Supernatural is an America paranormal drama television series created by Eric Kripke, that follows two brothers as they hunt demons, ghosts, monsters, and other supernatural beings in the world. but this is season 2 and if you're here then you already know what it is. You're already in love with Dean and Sam and the rest of the characters and storylines.
Season 2 premiered in September 2006 and aired 22 episodes. The season focuses on protagonists Sam (Jared Padalecki) and Dean Winchester (Jensen Ackles) as they track down Azazel, the demon responsible for the deaths of their mother Mary and father John. They attempt to discover the demon's plan for Sam and other psychic children—young adults who were visited by Azazel as infants and given abilities, and whose mothers often then died in a fire. During their travels, they use their father's journal to help them carry on the family business—saving people and hunting supernatural creatures.

Principal photography took place in Vancouver, British Columbia. The crew used two cameras simultaneously for each scene, which allowed for two different angles to be filmed of the same sequence.The series usually has a dark atmosphere, though production purposefully created a contrasting appearance for certain episodes. "Hollywood Babylon" details the filming of a fake horror movie, and the use of two filming styles helped make a distinction; scenes of the fake film used more saturated colors, while scenes for the actual episode were "down to reality". To depict the perfect world of "What Is and What Should Never Be", the usual shadows and "moody lighting" more made colorful and warm.

TraceyReviewed in the United Kingdom on 21 September 2019
5.0 out of 5 stars
Even better than the previous season
Verified purchase
Season 2 of Supernatural picks up where season 1's cliffhanger left off.
This season is even better then the first and sees Sam and Dean dealing with their father John's death as well as having to see off Death Omens, killer crowns and various spirits to name but a few.
Although the whole season is great among my favourite episodes are In My Time of Dying, Crossroads Blues Houses of the Holy, Tall Tales and Road Kill.
I loved seeing Linda Blair in the episode The Usual Susoects.
Now on to season 3.

DeeDeeReviewed in the United Kingdom on 25 May 2010
5.0 out of 5 stars
Spinechilling Sexy Fun
Verified purchase
I have been addicted to this series since it first hit the screen. I love the humour, the scariness, the wacky storylines and the amazing relationship that these two brothers share. The first time I saw Jensen Ackles cry on-screen I wanted to jump into the telly and kiss away his tears! Phwoar! Tough, sassy, sexy AND sensitive? What more could a girl want?

Okay, seriously; the series ticks boxes when it comes to humour and the ability to convey stories that we might consider urban myths with interesting and amusing ease. The lead characters are likeable and the productions are not too high tech that one loses the sense of being lost in the moment of fear or laughter. And I have indeed laughed at many of the stories - usually after coming out from behind the sofa!

I love Supernatural and am mad as hell that Bravo stole my boys from terrestrial (did I spell that right?) television! I am just going to have to find room on my shelves for every episode of this fantastic series at home.
One person found this helpful

Luke SheltonReviewed in the United Kingdom on 02 July 2009
4.0 out of 5 stars
Supernatural- season 2
Verified purchase
After the excellent season 1, Supernatural season 2 only appears to get better. The main draw of Supernatural is the chemistry between the two leads. Believable as brothers, their inter-play and acting is a huge attraction to the show. Excellent one-off episodes complimented by the story arc of the yellow eyed demon make for an interesting season. The humorous episodes are hilarious, laughing out loud hilarious. 'Nightshifter', 'Tall Tales' and 'Folsom Prison Blues' are very funny episodes, but are all very close together in the season, meaning the overall menace of the yellow-eyed demon plotline is lost slightly.
The final three episodes are very strong and slightly frightening, and the best of the season. However there are some problems (which are actually addressed by the end of the season!). The concept of the roadhouse, for a show based around travelling by car, doesn't suit the show. An unsatisfying first episode death is wrapped up nicely in the last episode. The episode 'Croatoan' didn't really have an ending, and felt rushed and badly written. And Ellen Harvelle's daughter, Jo, whilst being extremely attractive, isn't believeable as a potential demon-hunter, so her appearances are cut short. But these are my only main 'gripes'.
The last disc has some great and insightful extra features, and overall a brilliant season, can't wait for season 3.
One person found this helpful

MR. BlackReviewed in the United Kingdom on 20 January 2020
1.0 out of 5 stars
Manufacturering fault with discs, had to return would not play.
Verified purchase
Had to return because there's a fault with the discs, there seems to be an abnormality with a couple of them. I was watching them then it suddenly paused and would not play, I pressed stop and tried again returning to the scene before where it stopped and same thing happened. I ejected the disc and there seems to be like some sort of ripple on them. Not Amazon's fault but a fault in manufacturing.

EfrankReviewed in the United Kingdom on 10 January 2021
5.0 out of 5 stars
Perfectly convenient to watch
Verified purchase
I’m an avid fan of this show and collected all seasons on dvd. Being able to purchase it online makes it so much easier to watch over and over without the inconvenience of having to change discs.

Nathan MageeReviewed in the United Kingdom on 06 September 2020
5.0 out of 5 stars
Well paced and very well written character development
Verified purchase
Started the show again as me and the wife got half way through season 13 and left it to long to go back to it. So we started again, first few seasons are the best they done. Only down side is as soon as we finished season 1 Amazon removed it so we’ve had to buy, not really an issue as it’s mine now

Dottie33Reviewed in the United Kingdom on 21 July 2010
5.0 out of 5 stars
Best series on TV
Verified purchase
I recommend the Supernatural series to anyone as its great. The two main actors Jensen Ackles and Jared Padalecki are superb. This complete series 2 takes you on a rollercoaster of tongue in cheek horror or on occasion very gritty paranormal. Its action packed and there is never a dull moment. If you like science fiction like X Files, Angel or Fringe you will like Supernatural. This complete series 2 set is good value for money too.
See all reviews
Back to top
Get to Know Us
Make Money with Us
Amazon Payment Methods
Let Us Help You
© 1996-2022, Amazon.com, Inc. or its affiliates