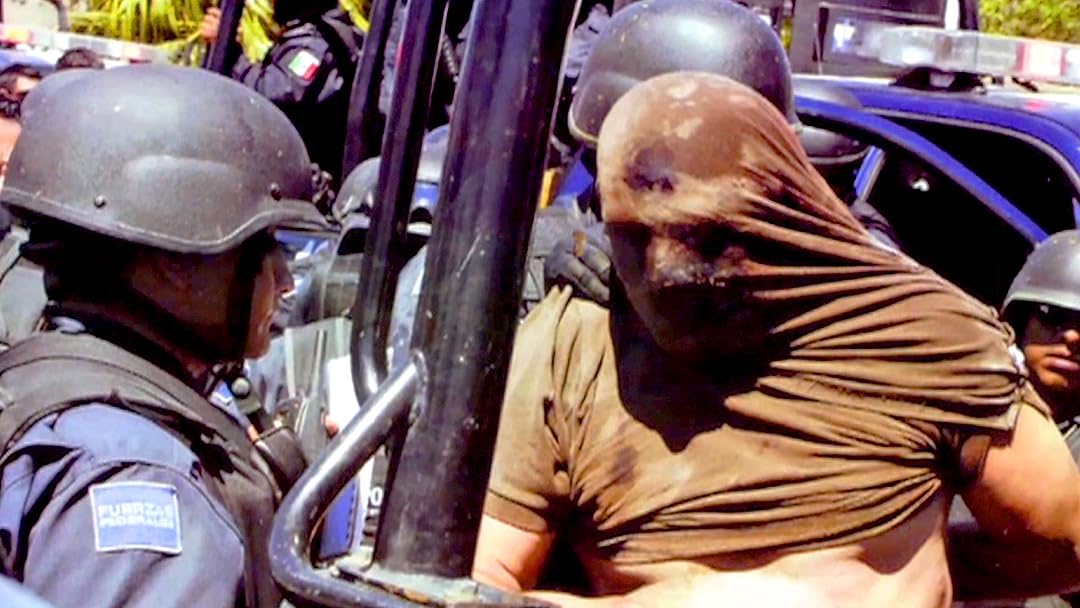 Murder Capital of the World

(2)
5.11 h 23 min201216+
Explore the violent, changing nature of crime in Juarez, Mexico over the course of a turbulent year in this doc. 2011 saw a new mayor, a controversial new police chief, the rise of pot smuggling, a vicious prison shootout, and continuing efforts to bring down a disturbing murder rate.

JReviewed in the United Kingdom on 07 October 2018
4.0 out of 5 stars
Surprisingly balanced and insightful
Verified purchase
So, I've been watching some of Charlie Minn's documentaries. The previous two, I didn't like very much; as a storyteller, he can't keep things very consistent. However, when the consistency of a story is not necessarily a big deal, such as in a speculative, open-ended discussion on a socio-political issue, Minn is actually fairly good at letting interviewees speak for themselves.

This flabbergasted and fascinated me because it has people outright attacking the class basis of these issues in it. There is even an interview with a gentleman who rightly places blame on entrenched politicians who benefit from the violent status quo, and also states quite rightly that these people are not born criminals, but desperately poor people struggling for a basic existence.

I'm sure this was an error with Amazon, who are serially engaging in class warfare on a daily basis, but I'm glad Charlie Minn got so many people discussing these issues from a perspective of class and economy, rather than what is often the selected path for mainstream media, which is to paint Mexico as some kind of uniquely and independently violent state, an to paint these desperate people as born criminals, rather than human beings in some awful inequality.

Unfortunately, I'm giving this 4 stars and not 5 because, Charlie inserts himself into the documentary again. As the interviewees of activists, victims, and communities are actually doing a good job of explaining and moving the story along, all of a sudden, Charlie pops up and provides dollar-store political commentary that brings the progress almost to a complete 180 at breakneck speed.

For instance, at one point there are people talking about all facets of this situation, well edited (bar an abrupt stop in the background music at one point), balanced, and actually making a very clear point; Mexico is a poor country, with amazing people, a vibrant and formidable culture, and the people have been ill-served by their government, exploited by America, and are in the middle of violence escalated by a failed drug war, which itself is exacerbated by inequality.

All good, but then Charlie interjects with a non-sequitur the size of Latin America, stating something to the effect of: "If there were a woman in office, the culture would shift and people of Mexico would see changes." This is matched with an end credit where Charlie interjects stating we should "let people know about the violence going on south of our border." I don't think the problem is people knowing that; everyone knows that, all over the world; and the question he answered through pretty good commentary and interviews is abandoned in favour of a thesis of "getting the word out there."

Charlie, this was a much better documentary but, just a few things:
1) Please stop referring to yourself as "the director"
2) Actually look at the point your footage is saying and refrain from trying to gild the lily by adding in footage of yourself interjecting irrelevant and ill-informed commentaries.
3) If you do add yourself in, please actually have something meaningful to say, rather than just little asides. This isn't a bar conversation, it's a documentary. Try saying how talking to people has changed your opinion, how you feel about what the audience has just heard, rather than just inserting random asides that totally undo the work of very credible and interesting interviewees.

Kindle CustomerReviewed in the United Kingdom on 18 December 2017
5.0 out of 5 stars
murder capital
Verified purchase
just shows you the struggles the innocent Mexican people have to face day to day very good documentry
One person found this helpful
See all reviews
Back to top
Get to Know Us
Make Money with Us
Amazon Payment Methods
Let Us Help You
© 1996-2022, Amazon.com, Inc. or its affiliates