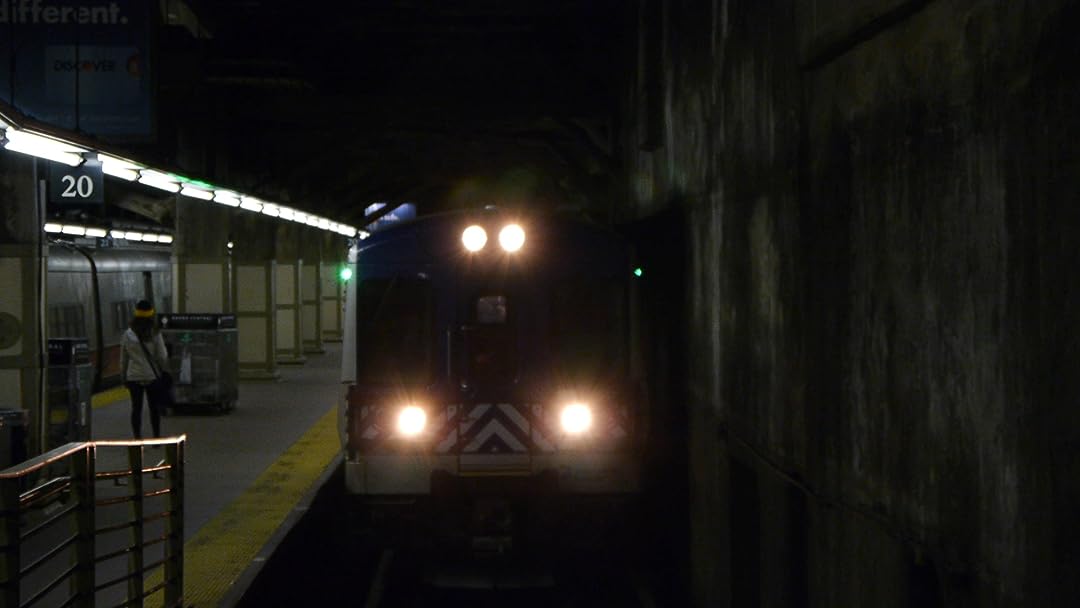 (8)
1 h 31 min201316+
On December 7, 1993, twenty-five people were shot on a commuter train headed from New York City to Long Island. Six people were killed, nineteen people were injured, many more were affected and continue to be to this day. This is their story.

JReviewed in the United Kingdom on 07 October 2018
2.0 out of 5 stars
Strangely structured, poorly told, and a missed opportunity
Verified purchase
After watching Charlie Minn's previous documentary, 77 minutes, I thought I'd watch another to see if that gratuitous trash was a one-off, and there's some improvements here, but largely the same problems as 77 minutes.

In his previous work, 77 minutes, Charlie Minn spent most of his time berating police officers for failing to be Dirty Harry, and spent far too much time focused on his fame-seeking as he yelled ill-informed questions at people more articulate and informed than he was. In watching his last documentary, I thought him being absent from any documentary would make it much better, and indeed that is the case with this documentary.

Minn's absence from most of the film is welcome, however, his misinformed rantings and cringeworthy interview style in 77 minutes made the documentary somewhat more watchable, simply for shock value to see how far up his own rectum he could disappear.

However, in this documentary, as with the previous one, the chronology is all over the place; with interviewees making conclusive statements ("Oh, he's in a jail cell somewhere now, for the rest of his days") and then the documentary returning back to earlier parts in the story. The main questions as Ian McEwan (wow!) said in his review of 77 Minutes have been answered slightly better, but because of the almost random order they are asked in, any analysis of the killer's motives is stymied.

Finally, true to self-aggrandising form, Charlie's back in action in the last 10 minutes of the film to introduce a very laboured and wholly-unoriginal critique of gun violence delivered in a series of monotone barks to victims and their families, solely used for gratifying Charlie's own political purposes.

For instance, he speaks to several senators and advocates who had very nuanced positions on gun control; on limiting the number of bullets in magazines, on the impact this has had on gang violence and homocide. They also go into, at length, policy positions and reasoning for doing so, which is somewhat relevant to this documentary.

Predictably, after hearing all of these views, Charlie, discards them all to make a very blunt and poorly-informed harangue of the NRA, asking "If Wayne LaPierre had his kids killed, would he care about this?" To which, everyone responds "yes", because it is a rhetorical question.

Once again, as with 77 minutes where Charlie makes a poorly-positioned attack on police officers he considered to be too cowardly to rise to the occasion as some kind of terminator, he injects his poorly-considered political opinion and himself into the film, purely for his own gratification and political ends.

As an aside: I am not a pro-NRA person, however, if you're going to make a political point, at least make it coherently. I don't think the NRA would even respond to this because it's simply innuendo.

So, once again - a tragedy used for the purposes of making an ill-informed and incoherent point.

AngieReviewed in the United Kingdom on 07 April 2021
5.0 out of 5 stars
Awe Inspiring
Verified purchase
I thought this documentary was very good. It followed the chain of events competently and showed testimonials from the survivors and relatives in a sympathetic and respectful way. The survivors and the victims relatives related events bravely and accurately which was outstanding considering how heinous the crime was. In fact the incredible courage these ordinary people showed would have been lost on the monster Ferguson. It was honestly a privilege to listen to them recount their experience and the incredible bravery they and the victims, some fatally injured, showed. It is also with admiration that I see how hard some are working to change the rediculous gun laws which in 30 states allow people and even young children to own automatic weapons! Another couple who are engaged in encouraging organ donations after losing their daughter are also inspiring. A really well put together documentary that celebrates the human spirit. Excellent.

ChrisReviewed in the United Kingdom on 05 May 2021
1.0 out of 5 stars
Terrible backing track.
Verified purchase
Someone clearly thought holding a single key on a keyboard would make this seem more ominous. The constant noise in the background forced me to give up on this about 8 minutes in. I now have a slight headache.

Sarah LReviewed in the United Kingdom on 22 March 2021
5.0 out of 5 stars
A powerful well-directed perspective on grief, loss and change following trauma.
Verified purchase
This is an excellent documentary. Sensitive and thorough in its exploration of what occured, the aftermath, the navigation of survivor anger and grief, and the challenges faced when trying to advocate change. A must-watch for those who appreciate a well-directed documentary, and for anyone navigating the long-term impact of trauma.
See all reviews
Back to top
Get to Know Us
Make Money with Us
Amazon Payment Methods
Let Us Help You
© 1996-2022, Amazon.com, Inc. or its affiliates