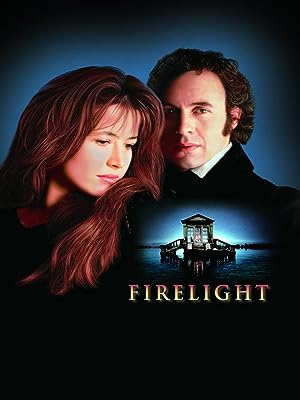 NorwegianReviewed in the United Kingdom on 07 June 2014
5.0 out of 5 stars
This One Is Unforgettable!
Verified purchase
This is one of the most touching films I have in my collection.
A upper class man wants a child, but his wife is very sick and can't give him one.
He makes a deal with a poor young woman (Sophie Marceau)that need money to solve some problems in her family.
She`s going to give him a baby, and then leave the castle with a lot of money, and with the promise to never return.
The time she and the man spend together while getting her pregnant, slowly ends up in deeper feelings, but the mans
sick wife is still alive, helpless in bed, and the deal included that the young girl (Marceau) should leave and
never return as soon as the baby was born.
But the surrogate mother is not able to forget the baby, and is still drawn to the man that now is the father of
her child. She see only one solution to be able to be near them, and that is to get job as a servant in the house.
This is already well described in other reviews, so all I can do is to recommend this with all my heart.
You will probably not be able to hold back some tears now and then, but so what...

J. L. SievertReviewed in the United Kingdom on 27 March 2015
5.0 out of 5 stars
Firelight glow
Verified purchase
In the firelight glow Sophie Marceau is radiant. Outside the wind, snow, wintry cold; inside the fire, warmth, cosy bed. In it, this bed, a stranger lies with her. He is thankful to be in her arms. But he is there because he has paid to be, even though she is not a prostitute. What he wants is a child, an heir to his lands and estate. He is English, she is Swiss. He is 32, she only 20.

They met in England in 1838. They chatted briefly then, though he was behind a screen, shielding his face from her. It was an interview and she passed it. He selected her. There were others he examined but he liked her best — her beauty, manner, modesty, voice, but especially her good health. He is a gentleman farmer. He has a great flock of sheep. He knows about breeding. He looked her over carefully, then he made his choice.

Although in this bed she is beautiful, passionate, even affectionate, he steels himself against these things. He shuts his mind to her person, name and history. He doesn't want to know. They are complications to his smooth transaction.

The bed is in a room in a hotel on the Normandy coast. He comes to her there three nights in succession. The hotel staff and guests do not know this. No one must know it.

Days later they return to England, crossing the channel on a ship. In the cold wind they stand on the deck together but they do not speak, everything already said. At the pier they part, going their separate ways.

Months later, nine to be exact, she lies in another bed, this one in a maternity ward for unwed mothers in a hospital somewhere in London. She lies there and thinks of the baby she will never know, the child she cannot see grow. She also thinks of her elderly father, poor and unhealthy, and how the large sum given to her by the Englishman will help him back in Geneva.

The baby is born. She is healthy, normal, taken from her immediately. She weeps in pain because of the birth, but mostly for her loss, for the daughter she cannot see and know.

She suffers. She keeps a book dedicated to the child. In it she paints watercolours of flowers and writes tender words of love and longing: "I don't forget you. I never forget you." The birthdays of the girl come and go, eight or nine of them, but her mother remembers and celebrates them, recording her sentiments in the book.

It isn't clear if her father has died or not, but by about 1847 she is back in England. A position of a governess has been advertised by the man. He needs a woman of strong character and patience to deal with the spoiled, willful child. She is hard to teach. She gets her way and hates to study. Several governesses have come and gone. The sister-in-law of the man has hired Miss Laurier (Sophie). She meets the man again and sees her child. The man is furious. He gives her a month's notice to find a new position. During this grace period she's allowed to stay but on one cardinal condition: the child cannot know who she is. She agrees and abides by it.

Everything else important in the story happens during this month.

The firelight symbolizes truth. In it, in its warmth, time stops, roles cease, veils and pretenses are dropped. All things can be said in the firelight, but when the fire goes out they must be forgotten, "as though they never happened".

The motifs in the film are strong and consistent. Outside is perpetual winter, one season only. It is cold, grey, dark and bleak. Inside, where the fires glow, there is warmth, light and life. Fire also signals passion, an emotion that changes the dynamic of the story.

Therefore we know where this must go.

Although the film from the man's point of view concerns lineage, property, ownership and legacy, its main view is feminine. What matters in this view is maternal love — its strengths, including its power to endure.

Hardly well known, this film is a classic that deserves to be treasured. Also, to my mind, Sophie has never looked more beautiful than here. Thus a film for romantic men too, for those who understand how and why a woman should be cherished.
2 people found this helpful

Howard L ShapiroReviewed in the United Kingdom on 02 March 2015
5.0 out of 5 stars
Widescreen forever
Verified purchase
It took longer to arrive than listed but it plays perfectly. It is so nice to at long last see the film in its original aspect ratio. It was the main reason for buying the disc in Europe rather than here in the States where some films are still released in pan&scan for who knows what reason.

This one made me cry as it has each time I watch. Sophie Marceau is excellent in all her scenes. It may be a chick flick but I do enjoy a well made one that touches the heart.

Amazon CustomerReviewed in the United Kingdom on 17 July 2019
4.0 out of 5 stars
Firelight Casts a Warm Glow
Verified purchase
I love everything about this movie!
So happy it was available as an All REGION DVD.

It has been rated 4 stars because of the DVD picture quality.

CRReviewed in the United Kingdom on 13 January 2013
5.0 out of 5 stars
A Beautiful, romantic and moving film
Verified purchase
I loved this period drama, the acting is sensational! There is obvious chemistry between the two lead characters and the child's acting is also extremly moving. It is very convincing. I loved it! I can not believe I had never seeen this one before, being such an avid fan of Period drama's. It has become a firm favourite! You will not be disappointed!

DeeReviewed in the United Kingdom on 02 September 2018
5.0 out of 5 stars
Watched it about 4 times , one of my fave films
Verified purchase
Love this film, really romantic and great acting

E. DiernaesReviewed in the United Kingdom on 10 January 2016
4.0 out of 5 stars
Four Stars
Verified purchase
Good!
See all reviews
Back to top
Get to Know Us
Make Money with Us
Amazon Payment Methods
Let Us Help You
© 1996-2022, Amazon.com, Inc. or its affiliates