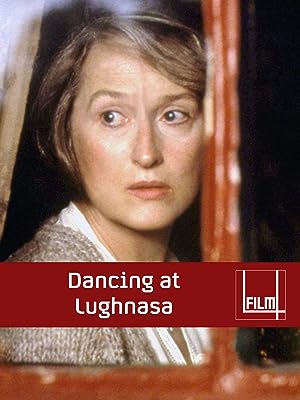 Included with BritBox on Amazon for £5.99/month after trial

Watch with BritBox
Start your 7-day free trial
Add to
Watchlist
Redeem a gift card or promotion code
By ordering or viewing, you agree to our Terms. Sold by Amazon Digital UK Limited.
Write review

J. L. SievertReviewed in the United Kingdom on 14 July 2017
5.0 out of 5 stars
Golden summer
Verified purchase
Summer is golden and endless for the boy. He’s eight and free from schoolbooks — free to run in green fields and fly his kite high in the deep-blue sky. The year is 1936, the place Donegal. He lives on a remote farmstead with his mum, aged 26, and her four older (unmarried) sisters, all of whom make up the Mundy family.

He is Michael and Mum is Christina. Kate, the eldest sister, is strict, serious, domineering. Next is Maggie: outgoing, boisterous, spontaneous, the life of any party. Third is Agnes: quiet, self-effacing, reserved. She’s intelligent and keenly observant. Fourth is Rose, lovingly called Rosie by her sisters, a bit slow, soft in the head. She fantasises that Danny Bradley loves her, but Danny is no good. He drinks and womanises and barely works. His wife has left him, taking the kids with her. But Danny the charmer sweet-talks Rose into loving him, making her feel she’s the prettiest girl in the whole of western Ireland. The baby of the family, the only mother, is Christina, as mentioned, a single mum (never married) whose shiftless husband Gerry, a Welshman, is largely absent. Michael barely knows him, having met him only five or six times in his eight years of life.

The parents of the Mundy sisters are gone, both deceased. The only other family member is Jack, the eldest sibling and only male. Father Jack he used to be called, but no longer. He’s defrocked now, newly arrived back in Ireland after 10 years in Africa where the hot sun and wild pagan rituals went to his head. He returns quite dizzy, disoriented, even demented, looking lost, weary and old. The sisters and Michael come to Ballybeg, the local village, to welcome Jack home. He arrives by bus. Everyone loves gentle Jack, but they soon realise he has become useless, unable to shift for himself. Instead, he sleeps, wanders the countryside, looks up at the stars and constellations, tells vivid tales of Africa, of its light and colours and immensity, of its people and their customs. To Ireland he brings back a fragment of its pre-Christian pagan past. Small wonder the Church has removed him from the priesthood, the sacramental blood of Christ no longer flowing as wine through his lost Communions.

A motorbike stutters along a road through dusty hills and boggy marshes. The rider is errant Gerry, headed for the farmstead. He wants to see son Michael once more before doing something useful with his aimless life. He intends to become a soldier, to fight Franco’s fascist forces in Spain. Where? The logic of the cause and destination are questioned by the family. But Gerry needs a purpose and war now provides this for him.

Meanwhile Michael has a chance to bond with his father again. They play and frolic together outside: mock football and rugby games and rides on the motorbike, the wind in their hair. Gerry is the only real man about, as Father Jack is mainly a shut-in and too old for games. Men in general, idle and feckless, are on the periphery of life in Donegal. They are also under-represented. Where are most of them? In the cities or gone abroad seeking steady work, the life of farming on peat unsustainable.

It’s hard for the women too. What can they do? Kate is a local schoolteacher but the budget for the school is strained and she’s unpopular with her students — too strict, demanding, domineering. She worries that her income may dry up. The other sisters knit and darn clothes to sell. It’s long, hard, tedious, sedentary work, but it brings in a small income. And they’re not the only poor family in the district. Everyone is hurting with so many men away. The poor have only so much income to distribute among themselves.

The film is largely about women, about mutual love, support and solidarity. Young Michael is the beneficiary of this feminine love, nurtured and protected by it. He’s the son of Christina, a love-child born out of wedlock, but he exists in a household full of caring, maternal love.

Each of the sisters aches for love and a man. Though Christina is a single mum, her sisters love and support her, perhaps even envying her motherhood. Maggie openly pines for a man, and Rose is lost in her fantasy love for the good-for-nothing Danny Bradley. It’s not likely that Kate, the eldest, now approaching 40, will ever marry. Agnes, too, looks destined for a life of solitude and loneliness, her emotional void filled by Rose, whom she loves with a kind of maternal care.

Lughnasa is a local festival that dates from pagan Celtic times. It celebrates the rising of the harvest moon. The locals light bonfires at night. Around them they sing, dance and drink. Some go wild and jump through the flames.

Ireland of course, the land of travelling bards and troubadours, is rich in storytelling, music and dance. Its music isn’t made for concert halls and polite applause. It’s the music of pubs, dance halls and village greens. Infectious music, dance music. You cannot hear it and sit still.

The sisters have a wireless, their conduit to the outside world. They hear the news, listen to stories, tap their toes in the kitchen when the fiddles and penny whistles play on the air. One afternoon the music is so infectious that Maggie jumps up from the table and starts whirling and laughing throughout the kitchen. Kate frowns, her disapproving look ignored by Maggie. Next Rose is up and dancing, giggling with Maggie. Then Agnes joins in, unable to resist. Christina too. The four sisters dance while Kate remains inert. But even she is finally unable to resist any longer. She springs from the table, entering the pagan circle. It’s ecstasy, the throwing off of all inhibition, the merging of self with some greater unity and power of expression.

They move from the kitchen to the garden, holding hands and high stepping. The males of the household look on gapingly, Father Jack and Michael from windows inside the house, Gerry from a step-ladder propped up against a tree outside. The women dance until exhausted. Then they stand in a circle of silence, looking at one another in sudden conscious confusion. The music had seized them, possessed them, temporarily driving them mad. Had there been a bonfire they would have jumped through it. The surface is civilised, polite, formal. But beneath it a great well of paganism dwells. The power of Lughnasa is always there and latent.

Michael is the narrator of the film. He is mature now. We hear the voice of a man, not that of a child. He looks back at the special golden summer, the summer when his daddy returned, when Uncle Jack came back from Africa, when the bonfires were lit and all the Mundy sisters danced during Lughnasa. That was 15 years ago. Papa was later wounded in Spain. Agnes and Rose left the farmstead, just disappeared together one night, never to return to Donegal. What of the others? Michael doesn’t say. Even his beloved mother goes unmentioned.

His voice sounds distant, spoken from a place far away. But it’s a local voice that resonates with emotion and longing, with love for a special place in time when all was fresh and innocent, when he had the sisters, his mum, his errant daddy, Uncle Jack, and the eternal golden summer whose memory he will one day carry with him to the grave.

Leo-Neferuaten BoyleReviewed in the United Kingdom on 08 October 2017
3.0 out of 5 stars
A classic, but in a poor edition.
Verified purchase
I originally had this film on video cassette in the 1990's.
I had studied it at Secondary School, so it was useful to have a copy of it.
My video got lent to some teacher at my Sister's School and unfortunately I never got it back.
I always meant to get it replaced and was glad when a DVD copy, at a reasonable price became available.
Watching it, reminded me of when I was at Secondary School, so it was a bit nostalgic, but the quality of the DVD was poor, so I won't be watching it very often. It deserves a better transfer than this and hopefully that problem with be rectified some time.
4 people found this helpful

EloisaReviewed in the United Kingdom on 22 June 2018
4.0 out of 5 stars
Love the dancing!
Verified purchase
For me, this appears to be a good, true-to-life account of village life in rural Ireland. Perhaps it focuses too much on the theme of pent-up emotions of women living in close (and narrow-minded, if not secure) community, but I love it when the sisters break out and dance (and by so doing release some of that tension a little!) Disappointing to note that once again, the focus seems to be on women needing men (in some sort of form or shape) in order to be happy and joyful. There's far more to life, than that!!!

W. A. D.Reviewed in the United Kingdom on 22 November 2014
4.0 out of 5 stars
A solid re-working of a fine stage play.
Verified purchase
This brilliant play is quite well adapted for the big screen but lacks the claustrophobic intensity of the stage production. Still, excellent performances, some fine photography and a rousing score, ensure an enjoyable and ultimately moving experience. Recommended especially for those who never saw the stage show. For others it's a solid reminder of a remarkable theatrical experience. Streep and the ensemble cast are in splendid form and the coda is as moving as ever. It is a pleasure to here such fine writing in the mouths of wonderful performers. Only problem is my disc was faulty and this must be a batch problem as other reviewers have notes similar major pixilation at about one hour and one hour 10 mts into the transfer, on several copies.
3 people found this helpful

Sasha BellReviewed in the United Kingdom on 05 October 2016
5.0 out of 5 stars
Beautiful film full of warmth and music
Verified purchase
I hadn't come across this film before, until I browsed Amazon films on my tablet, I admire both Meryl Street and Kathy Burke, and was not disappointed, along with a brilliant performance from Michael Gambon , it is a charming account of 5 sisters lives in rural Ireland. Stunning scenery, good Irish music and a mix of humour and sadness makes this a film to be watched over many times, and come away with something different on each viewing. A detonate must see.
One person found this helpful

iris JudeaReviewed in the United Kingdom on 30 January 2022
5.0 out of 5 stars
Brian Friel
Verified purchase
Great playwright, quality transition from stage to screen. Starring Cathy Burke and Meryl Streep. Authentic to the time in Eire. Sentimental songs only the Irish will know, beautiful!

Isobel AbbottReviewed in the United Kingdom on 02 February 2021
5.0 out of 5 stars
Entertaining - but a bit sad
Verified purchase
Another lovely Irish story - very well played by the whole cast.
See all reviews
Back to top
Get to Know Us
Make Money with Us
Amazon Payment Methods
Let Us Help You
© 1996-2022, Amazon.com, Inc. or its affiliates