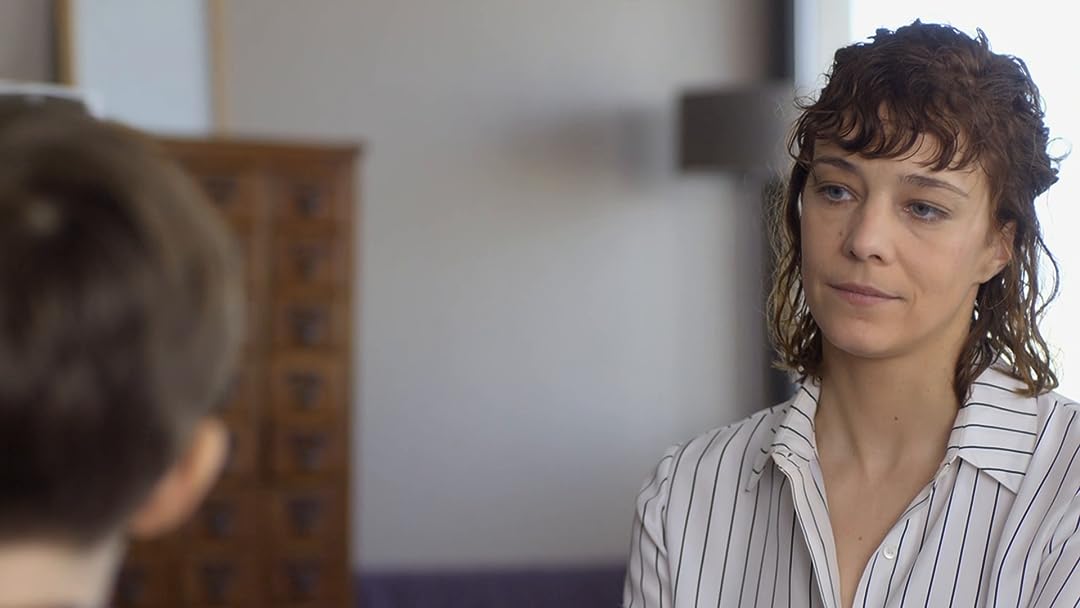 (25)
6.41 h 34 min201713+
Emilie, one of the Human Resources Managers at a multinational, has recently been chosen by her superior for her ruthlessness. She is traumatized by the tragic consequences of her actions.

Studio
Under The Milky Way

SHMReviewed in the United Kingdom on 08 May 2021
3.0 out of 5 stars
Watchable, but some of this does not ring true.
Verified purchase
This is a French language film set in a French corporation called Esen. We are told that while the characters are fictitious, the management techniques are not.

Emilie is an HR manager who was employed by Esen because she was willing to use her boss’s highly aggressive, unpleasant methods of getting rid of unwanted staff. Her boss does not want to fire staff (I am not clear why not). Instead, he wants HR head of department Emilie and other HR staff to get these employees to resign by making them offers that they cannot accept. For example, an unwanted employee known to have a seriously ill mother, is told that he is to be posted from France to the US. This employee, unable to leave his mother, resigns. If the targeted employees do not get the message and resign, then pressure is put on them in other ways to force their hands. In the case of Didier Dalmat, this pressure included side-lining him and humiliating him by e.g. relocating his desk to a small, dark corner beside the photocopier.

When Dalmat commits suicide while at work, investigators are called in. Emilie is their target and could face prosecution unless she can prove that she was following her boss’s, Froncart’s, orders. Froncart, of course, has no intention of being held responsible and passes the buck in Emilie’s direction……..

While the management techniques are totally believable, many of the characters in this film are not.

This film is set in the workplace, in an extremely competitive environment. In such an environment, employees, encouraged by heartless employers like Froncart, would be brown-nosing, backstabbing and generally trouble making. Bad employers hire bad employees. Seeing a colleague like Dalmat in trouble, they would also be kicking that particular dog while it was down or, to put it another way, they would behave toward Dalmat like sharks at a feeding frenzy. (I speak here from personal experience. I’ve seen it all in the workplace myself.)

In this film, however, they do not do any of these things. Even though, as I know, such a hostile atmosphere would be palpable, in this office the workplace atmosphere is unrealistically “clean”. In fact, employees are made out to be pretty decent people on the whole. They even present a united front in the face of Dalmat’s suicide. Thus, they are supposedly people who care because they get upset at the death of a colleague, or are people who would not betray their supervisor (in the same way that Sophie did not betray her supervisor, Emilie). Yet if Emilie had been hired because she was ruthless, as she had been, was she the only employee to have been hired on that basis?

No, of course not. To think otherwise is naive. Management sets the tone. If the management are heartless, then they will employ brown nosers, back-stabbers, informants and troublemakers. (Just as do the Crawley family in Downton Abbey.) This then begs the question, why did the director create such an unconvincing workplace environment? Ignorance? Hardly. Silhol is working in the film industry, one of the most hostile there is. Why, then? Answer: self-promotion.

The director of this film is making himself out to be a socialist. To this end, the working folks in this film are portrayed as decent people while management are portrayed as the baddies. This is, of course, complete nonsense. It is merely a piece of advertising by the director.

Finally, that Dalmat committed suicide supposedly because of his treatment at work does not ring true either. When placed under such workplace pressure, any healthy person would see the writing on the wall and resign, as most at Esen did. However, Dalmat did not. He hung around and took the abuse. Why? I suggest because he was already suffering mental health problems. Again, I’ve seen this sort of thing in my own workplace, this when a colleague was treated similarly to Dalmat because management also wanted rid of her. However, I knew this person personally as well as at work. While she had not before been diagnosed with mental health problems, it was clear to me that there was something wrong and that she was not coping with life in general e.g. due to depression. The treatment meted out to her by school management finally brought on a visit to the doctor, whom she would not otherwise have visited. A diagnosis of mental ill-health was the outcome.

I am not relating the above to excuse management abuse of employees. The abuse my colleague received at the hands of management was shocking. But I am relating the above to point out that the experience of Dalmat does not ring true either. As I said, any healthy person would have resigned, whereas Dalmat did not. Thus I suggest that Dalmat is being used in the film as a device to promote the socialist views of the director i.e. the workers suffering at the hands of management.

One person found this helpful

I love kitty catsReviewed in the United Kingdom on 21 August 2021
5.0 out of 5 stars
5/5 but l disagree - business are here to make money not mother us
Verified purchase
I loved the film, l love the creme de la creme of international cinema that l often find on Prime. However, l must admit to disagreeing with the basic premise. Businesses shouldn't owe us a living. It's sad that the corporation in this film wanted to get rid of the emotional types, replacing them with more coldblooded "killer" types, but they're obviously doing it because it works. Plus they offer relocation (even if only by way of sarcasm). There's always welfare if you get fired, so whatever.

s.m.Reviewed in the United Kingdom on 06 June 2021
5.0 out of 5 stars
A raw and direct movie
Verified purchase
This is a raw, undramatized movie showing the dark side of corporate world exactly for what it is. Years of bullying and manipulation by management has dehumanized some of the characters and push others over the edge. The acting is convincing and unpretentious helping draw attention to the impact dirty corporate tactics can have on people's mental health.
One person found this helpful

B.M.Reviewed in the United Kingdom on 17 September 2021
4.0 out of 5 stars
Flawed but still excellent
Verified purchase
Compelling storyline and great performances here. Gets a bit muddled towards the end, but has some really important things to say about corporate hiring and firing.

HenryReviewed in the United Kingdom on 21 May 2021
4.0 out of 5 stars
Really good
Verified purchase
Great story, acting, directing, watch it

Sidney HarrisReviewed in the United Kingdom on 07 May 2021
5.0 out of 5 stars
Realistic
Verified purchase
I have seen this in real life
One person found this helpful

Neturei KartaReviewed in the United Kingdom on 19 May 2021
1.0 out of 5 stars
Read the review by SHM
Verified purchase
Socialist propoganda
See all reviews
Back to top
Get to Know Us
Make Money with Us
Amazon Payment Methods
Let Us Help You
© 1996-2022, Amazon.com, Inc. or its affiliates