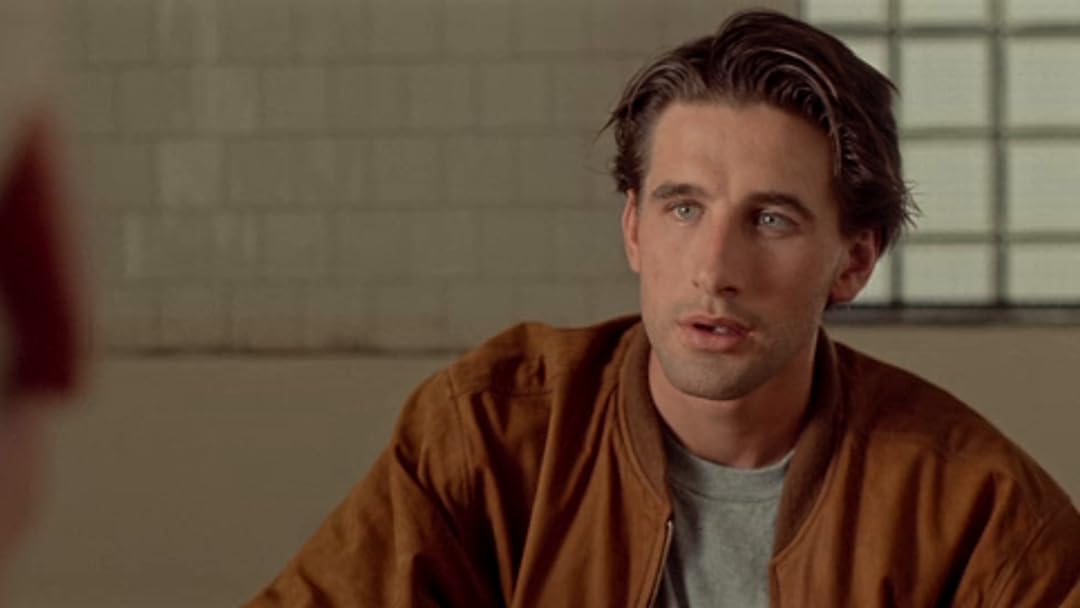 (2,882)
6.72 h 17 min1991HDRUHD
Two Chicago firefighter brothers who don't get along have to work together while a dangerous arsonist is on the loose.

No1MovieFanReviewed in the United Kingdom on 30 November 2013
5.0 out of 5 stars
Ron's finest two hours
Verified purchase
Some of these big budget films simply have it all, which is mind you, included in salaries as well as special effects no doubt, but a film with a top notch all star cast, with pyrotechnic effects that are produced by the best around of that day and with a damn decent script and a strong story driving it, (in this case, a mysterious, but clever arsonist who is driven by anger and a point to make, nuff said), and a bit of a sibling rivalry at its centre, then you get an epic classic like this.
Kurt Russell's career has been pretty consistent over the years, he hasn't done much that I think he isn't going to be proud of at the end of his career, (although I'm not sure if he has ever played a villain), and when you include the classic failures, like The Thing, now considered by most to be one of the finest sci fi horrors ever, then he has a lot to be proud of, and being a natural athlete anyway, which I am guessing he is, and a former Disney kid, which I know he is, then this has to stand as one of his finest performances. He is the lead in a film packed with massive names and some of the best around, William Baldwin, JT Walsh, Robert De Niro, Donald Sutherland, Rebecca De Mornay, to name but a few. At the front of it all, and driving the film, aside from its obvious firey drama, is the sibling rivalry he has with his younger brother, Brian, (William Baldwin). I found this to be great fun to watch and very honest in its depiction of two brothers who quite simply do not get along. Hey, in reality, brothers and sisters too let's face it, they fight and they argue people, not all brothers and sisters get along. But I found their tensions and their rivalry to be very believable and wonderfully played. It was like each time they got together, it was like, 'Hey, you're my brother, but sc*** you'.
The pyrotechnic effects of course are awesome. They obviouosly must have had a terrific team for the special effects and they were real too, no cgi, which was at the time, in its infancy. There is an intro by Ron Howard who was going to use cgi, but wanted to test it first, to see if it would look okay, but he thought it looked too fake, so they went with the real thing, and I think they did a fantastic job. Not that I am a fan of the director by the way.
There are some directors out there who I am no fan of, but every so often they will come up with one or two great movies, and Ron Howard is one of them. I am no Ron Howard fan, I just don't think much to the guy, (and if you ever saw the South Bank show with Melvyn Bragg, he looked none too impressed when interviewing the guy either, so I am not alone), but he has made two films which can quite easily go down in movie history as classics and this is one of them, the other being Apollo 13.
This looks amazing on blu ray by the way too. I did have a copy on dvd, but traded it for this among others and the difference is there to see.
This is an absolute cracker of a thriller, and one of the best, if not the best movies about fire out there today, and definitely Ron Howard's finest two hours of filmmaking.

janeReviewed in the United Kingdom on 29 December 2020
3.0 out of 5 stars
was an ok watch, but...
Verified purchase
worth watching but no where near as good as the original. very little action/fire scenes. it had nice touches in places where the viewer could identify characters mentioned from the first movie. even the one word or one liners were 'nostalgic' " Maybe if you bit your tongue every once in a while, your career dissipation light wouldn't be flashing right now." it was Donald Sutherland who stole the show though, followed closely by William Baldwin. it would have been nice to have seen some of Brians adult life mentioned. for just a brief momment all you see a woman and a young dark haired child, pressumabley to be his wife and child. would have been nice to see more action scenes.

mrs s a smithReviewed in the United Kingdom on 03 March 2017
5.0 out of 5 stars
Backdraft
Verified purchase
Backdraft is still the best film about firemen ever committed to celluloid. Finely acted by all involved and with a top notch supporting cast. The story although mirroring every cop drama ever made runs along nicely giving you enough twists to throw you off the scent and also to talk about long after the final credits have rolled.
2 people found this helpful

mr g willacyReviewed in the United Kingdom on 03 May 2021
4.0 out of 5 stars
backdraft
Verified purchase
i remember backdraft way back when it first came out on dvd and now i have watched it on 4k, th picture was stunning crisp/clear/hdr, the sound was dolby atmos and it worked a treat on my denon 2500h avr with great affect, the explosions in the movie was totally awesome to listen to, it was just a joy to watch n listen to,

KarenReviewed in the United Kingdom on 17 November 2020
1.0 out of 5 stars
Backdraft 2 .... don't buy it
Verified purchase
What a load of rubbish. Backdraft 2 had 2 fires in it for a few seconds each. If you blink you'll miss them altogether. Nowhere near as good as the 1st movie. No action and quite boring

Sir Bradshaw M dougalReviewed in the United Kingdom on 01 November 2009
4.0 out of 5 stars
Top Film
Verified purchase
I remember watching this film when i was a kid and since then wanted to become a firefighter!... I,m now 28 a father of 2 and i,m in enginering? Sometimes we get side tracked!..lol... Anyway the film is full of amazing actors yeah hero types such as kurt russel and the legend de,niro' It has great special affects some would say very unrealistic but lets not forget it,s a hollywood film. It has a decent plot and a tearfull ending!...
I,d recomend this film to anyone worth a watch!....
One person found this helpful

Jim McGreechinReviewed in the United Kingdom on 28 February 2021
5.0 out of 5 stars
ordered by error
Verified purchase
I did not know there was a follow up to oringal film but having watched dvd was impressed good quality DVD excellent delivery good all around very pleased
See all reviews
Back to top
Get to Know Us
Make Money with Us
Amazon Payment Methods
Let Us Help You
© 1996-2022, Amazon.com, Inc. or its affiliates