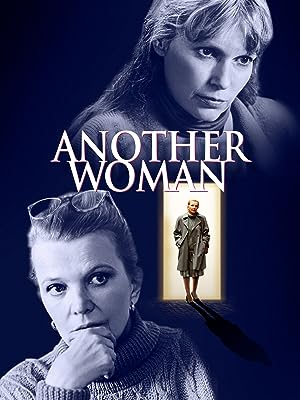 (93)
7.21 h 21 min1988
A 50-year-old professor of philosophy deludes herself into thinking she has a very good life. Suddenly, through some strange, almost magical events, it all becomes unraveled.

ThespionicReviewed in the United Kingdom on 19 May 2015
4.0 out of 5 stars
True to Life!
Verified purchase
Firstly, like others on here, I have to say what a splendid performance this was from the lead – Gena Rowlands. I am staggered that she was ignored for all of the awards for that year (no justice), as was the film! The film I can understand, as it was an idea stolen from Bergman and so not a Woody original in totality.
The film itself is engrossing if not particularly exciting. I thoroughly enjoyed it as the plot slowly unravelled.
The film I believe looks at ones upbringing and how it shapes you in all that you do and see. You are to some extent what your parents want you to be? If those self-same parents have flaws, then the likelihood is that you’ll have those flaws too? Once you have been sculptured in a certain manner, seldom do you look outside of the self - centred / self -satisfied square that you are cocooned in, or look closer to home? We all suffer from false perceptions of ourselves, we have the idea that everyone must like us, or at least that no one would find us offensive?
How true it must be for most people that we have all lost a ‘golden opportunity’ at some point in our lives, or certainly made the wrong decision at a certain juncture, which has eventually caused some heartache or dissatisfaction in later years?
This film examines these aspects of life very, very, well and is therefore easy to relate to.

Keith MReviewed in the United Kingdom on 02 February 2012
4.0 out of 5 stars
Allen's Masterly Human Study
Verified purchase
Woody Allen's 1988 film Another Woman is a mature and perceptive study into human relations and emotions, delivered to the screen via a number of insightful performances from Allen's stellar cast. For those exclusively interested in Allen's comedic films, it should be noted that Another Woman is a near-barren territory when it comes to laughs, but instead delivers a totally convincing, and concise, emotional punch over its 77-minute duration. Once again, Allen's film clearly reflects his love of the films of Ingmar Bergman, and Another Woman's narrative has been likened to that of Bergman's Wild Strawberries.

As soon as Eric Satie's haunting music begins over the film's opening credits, it is clear that we're not in line for a barrel of laughs here. Another Woman charts the complex emotional development of recently-turned-50 philosophy teacher and budding writer Marian Post (brilliantly played by Gena Rowlands) as she attempts to come to terms with current and past marriages, and emotionally-charged experiences from her past. As she begins to doubt her current marriage to Ken (Ian Holm delivering a typically stalwart performance), she, by chance, happens to overhear (through an open ventilation duct in the apartment she has rented specifically for her writing) the impassioned outpourings of pregnant Hope (Mia Farrow, playing a character whose name is never spoken during the film), which are being delivered to her psychiatrist. Marian eventually realises that Hope's concerns are a mirror image of her own, even down to the emotional challenges associated with bringing new life into the world.

In parallel with Marian's eavesdropping antics, she also receives shocks to her otherwise apparently stable world as she learns from her sister-in-law that her (admittedly, emotionally distant) brother Paul 'hates her', and, in a brilliant sequence, discovers that one of her past best friends, and now actress, Clare (superbly played by Sandy Dennis) split from her as a result of Clare's view that Marian tried to poach a previous boyfriend from her. Marian's growing feelings of guilt are also heightened as she recalls her own infatuation with Gene Hackman's Larry, at the same time that she was pursuing her relationship with Ken. In a similar vein, Allen also includes a powerful scene where Marian's restaurant meal is interrupted by a former pupil, who praises her erstwhile teacher for being such a big influence on her life and for once delivering a memorable talk on 'ethics and moral responsibility'. As Marian becomes increasingly anxious, Allen introduces a number of dream sequences featuring her relatives and close friends which serve to accentuate her predicament.

At the film's conclusion, Marian, faced with the stark reality of her emotional detachment and deception, recognises that she must change her life and attempt to achieve some level of redemption. She starts this process by indicating a desire to re-establish closer relationships with her brother and stepdaughter.

Allen's film provides a stunning portrayal of his familiar obsessions of guilt, love, deception, jealousy, revenge, death and repressed emotion. Given the familiar territory, it is not surprising that Another Woman has resonance with a number of other Allen films. In particular, it is reminiscent in many places of one of his masterpieces, the later, and superior, Crimes and Misdemeanours, with the Marian role corresponding to that of Judah in the later film.

Another Woman is a film which, on the face of it, might appear rather hard going, but I found it totally absorbing and one of Allen's most convincing depictions of serious themes.
3 people found this helpful

fastforwardfanReviewed in the United Kingdom on 15 May 2015
5.0 out of 5 stars
Another good movie
Verified purchase
Intelligent and well written drama about a woman in mid life looking at herself for the first time and the choices she made. Gena Rowlands is perfect in the role as Marion a self contained academic, who accidentally overhears a younger woman's story that resonates with her own and she begins to reassess her own life, and realise that people see her differently to how she sees herself.
There are comparisons with Bergman who has no doubt inspired the European style of the film, although Allen's film has its own American identity.
Good supporting roles from Ian Holm and Gene Hackman add to the interest.

A. Felipe Gonzalez BarrosoReviewed in the United Kingdom on 17 April 2017
5.0 out of 5 stars
Nice image.
Verified purchase
A good high definition disc.

ANTHONY PLATTENReviewed in the United Kingdom on 05 April 2016
5.0 out of 5 stars
Five Stars
Verified purchase
A great performance from Gena Rowlands.
One person found this helpful

G.ErotokritouReviewed in the United Kingdom on 17 June 2016
5.0 out of 5 stars
Five Stars
Verified purchase
Very happy with product and service

Godfrey AtlastReviewed in the United Kingdom on 27 September 2014
5.0 out of 5 stars
Thank you.
Verified purchase
Thank you.
One person found this helpful
See all reviews
Back to top
Get to Know Us
Make Money with Us
Amazon Payment Methods
Let Us Help You
© 1996-2022, Amazon.com, Inc. or its affiliates