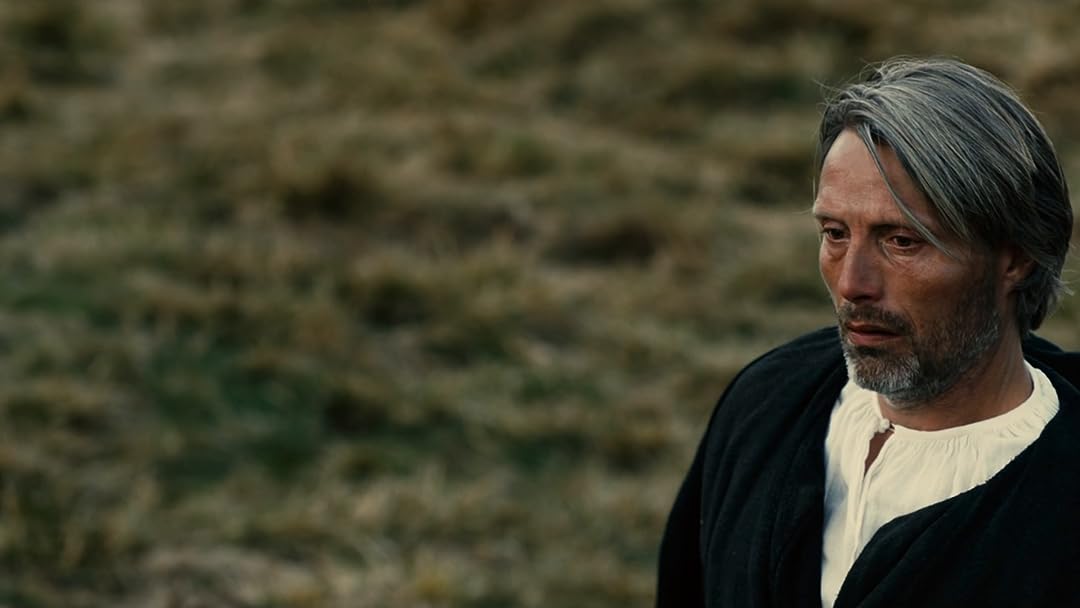 Age of Uprising: the Legend of Michael Kohlhaas

(147)
6.12 h 1 min2013
Set in 16th century, France. Michael Kohlhaas (Mads Mikkelsen), a horse dealer with a contented family life, is wronged by a haughty young aristocrat, he pursues legal redress. But when his wife is murdered, he raises a militia and brings the pain.

Included with Curzon on Amazon for £6.99/month after trial

Watch with Curzon
Start your 7-day free trial
Add to
Watchlist
By ordering or viewing, you agree to our Terms. Sold by Amazon Digital UK Limited.
Write review

C. YemmReviewed in the United Kingdom on 29 March 2019
1.0 out of 5 stars
BORING
Verified purchase
Where to start?, if you want to claim that you have suffered through the most pointless movie in History then watch this. I purchased it thinking it to be a Medieval/Renaissance action adventure movie LOL. The front of the DVD shows the "Star" of the film with a sword strapped to his back.... he never uses a sword in the entire movie, He kills one young man by hitting his head into a wall ( very unconvincingly ) & a couple of others with a crossbow from behind the safety of a door with a hole in it. I have seen more convincing insurections in middle school playgrounds, the whole "uprising" takes up just a few minutes of this dreadful movie. He begins with four followers, two of which appear from nowhere, there is no explanation of who they are or how he knows them and niether man utters a word in the movie even when he hangs one; thats right; these loyal guys who risk all, live rough and go hungry for him, one of them steals from a peasants house and roughs him up a bit and istead of a punishment and repaying the peasant he hangs him, He starts out to fight against injustice perpetrated by Lords, then he sets himself up higher than any of them as Judge,Jury and Executioner and all it took was for the disgruntled peasant to point a finger at the accused, ( again a character that says nothing ). As the movie began I had some sympathy for him, however it soon becomes apparent he is an egotistical, selfish moron and I was hoping for a drawn out and cruel death but they don`t even show his execution WTF !!!. Like I mentioned earlier, he begins with a few followers, which suddenly and with no explanation becomes about fifty, he learns that the Baron who wronged him is hiding in a convent, so his men shoot some flaming arrows over the walls, you don`t see any of these arrows land and they obviously don`t even frighten Nuns, so what was the point?, then you see a small mounted force of his men attack some escapees from the convent ( from a fair distance, so you don`t see any action ) and that`s it Rebellion over.
Next he accepts an intervention by the "Princess" he is offered amnesty, he takes it and casts all his followers aside, he is conned and he is somehow sentaced to death although there is no trial and you never even get a confirmation of any proceedings or sentence; you just have to assume it...WHAT AWFUL TRIPE !!!. there is no music in the movie, no atmosphere building at all, many scenes are of people standing around staring into space, one scene is almost a minute long simply looking at the tops of trees LOL !!!, what a Director, I see a glittering career looming, in another scene his young Daughter asks if the "uprising" was started for her dead Mother, he simply replies "no", she then asks if it was for his horses that were abused, again "no", than around a minute of looking at their deadpan faces and end of scene WHAT !!!! try to have a point to what you are doing and saying, and one last scene of note, early in the movie he is having sex with his wife, their Daughter who is about ten years old walks in on them and says " are you making love ? ", " because you told me to tell you if I heard you, and I can hear you", they both look at her; again with the expressionless faces, then ignore her and go back to knocking boots right in front of their child WTF !!!! ( French ).
2 people found this helpful

NewyorkReviewed in the United Kingdom on 11 February 2020
1.0 out of 5 stars
dont buy it. its in French with English sub titles.
Verified purchase
know the actor. looked interesting. watched the trailer that oddly had no language. the reason is it is in french. it doesnt tell you that before you buy it. even if i spoke French i would still say it is one of the worst films i have ever seen. very very boring.
One person found this helpful

Amazon CustomerReviewed in the United Kingdom on 02 March 2020
5.0 out of 5 stars
Great film
Verified purchase
Although this film was in French the subtitles made it easy to follow. A really good storyline, superb acting and Mads Mikkelsen showed great emotion at the end without speaking a word. Loved it.

KOeReviewed in the United Kingdom on 06 January 2021
5.0 out of 5 stars
Good Adaptataion
Verified purchase
Those looking for an action film will be disappointed. Those appreciating a quiet and good story translated into a film of quality will enjoy watching.

PhilobedoeReviewed in the United Kingdom on 07 February 2021
5.0 out of 5 stars
Mad’s masterpiece
Verified purchase
Absolutely amazing film where has this little gem been hiding all my life

Well worth the £3.99 I paid for it and a great afternoon’s entertainment

Leila PullenReviewed in the United Kingdom on 25 July 2021
5.0 out of 5 stars
Mads is awesome, great film.
Verified purchase
I will definitely watch it again, it was a great story.

Henry AndersonReviewed in the United Kingdom on 17 January 2022
5.0 out of 5 stars
Bit too historically dragging film
Verified purchase
Anything with Mads in it is worth watching .

thomas gillespieReviewed in the United Kingdom on 24 March 2020
5.0 out of 5 stars
Great flick!
Verified purchase
Great movie and another top tier performance from Mads Mikkelsen.
See all reviews
Back to top
Get to Know Us
Make Money with Us
Amazon Payment Methods
Let Us Help You
© 1996-2022, Amazon.com, Inc. or its affiliates